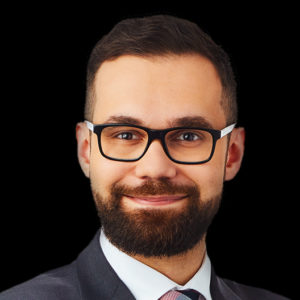 Steve is a consultant at Momentum Hockey, where he provides invaluable support in contract negotiations and player advocacy. In addition to his contributions in hockey operations, Steve plays a lead role in the firm’s digital content and marketing strategy.

A native of Montreal, Steve holds a Juris Doctor and Bachelor of Civil Law from McGill University’s Faculty of Law. Steve currently works as a corporate lawyer at an elite Canadian business law firm, where his experience has primarily focused on corporate transactions, mergers & acquisitions and securities matters. Before entering the legal world, Steve worked at an athletics agency where he helped oversee representation for over 20 professional track & field athletes and in marketing for a professional football club.

During his time at McGill, Steve was elected President of the law student government and represented both McGill and Canada at national and international contract negotiation/dispute resolution competitions. Prior to his law studies, Steve earned a Bachelor of Commerce in marketing & finance at Concordia University’s John Molson School of Business. While at Concordia, he served as an executive on the John Molson Sports Marketing Committee for four years, including as leader of the team in his final year.