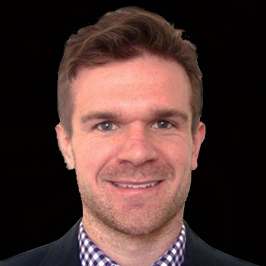 Scott is a Player Advisor and manages the agency’s Chicago office, handling player recruitment and advancement for Momentum across the United States.

The strength of Scott’s career has always been the strong relationships he has built with both the clients he represents and the team personnel he works with. These personal relationships, along with his relentless work ethic, have quickly made him the premier representation/advising option for elite hockey talent across the United States.

Prior to joining Momentum, Scott worked for International Sports Agency, where he was the Senior Director of I.S.A. Hockey. There, he handled the careers of top American, Canadian, and Russian players and developed an extensive network with NHL, AHL, NCAA, USHL, OHL, and WHL personnel. Over the years Scott has handled 1st Round USHL and OHL Draft picks, USA NTDP commitments, and advisee recruitment by NCAA programs in every major D1 conference.

Scott’s academic path began at Ohio University, where he majored in communications, while a member of the Men’s Hockey team. Upon graduation in 2006, he entered law school at Ohio Northern University, graduating in 2009 and passing the Ohio Bar Exam in the same year. In addition to Scott’s work as a player advisor, he previously ran the Immigration Department for the Law Offices of Deady & Lite, L.L.P.. This experience has aided in his work with his hockey clients dealing with any array of Immigration issues.