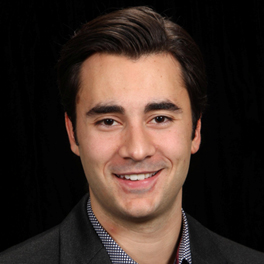 Olivier is a former professional hockey player and Momentum client who joined the agency in 2013 and is an NHLPA Certified Agent. Olivier currently serves as the head of recruitment and development. He was a 2007 NHL 3rd round pick (65th overall) of the Montreal Canadiens and played four years with the Hamilton Bulldogs in the American Hockey League. Olivier’s passion for the game, combined with his strong desire to optimize development for the next generation of hockey players, led him to working with Momentum following his playing career, where he has become one of the most sought-after advisors due to his experience, knowledge, and ability to connect and relate with players of all ages.

Olivier served as Captain of the Rimouski Oceanic when they hosted the Memorial Cup Tournament, was a two-time member of Team QMJHL during the Subway Super Series and won the Guy Carbonneau Trophy as the Best Defensive Forward in the League. He won a gold medal with Team Quebec at the World U-17 Hockey Challenge and with Canada’s U-18 World Junior Championship Team in the Czech Republic; a testament to his leadership abilities, he was an assistant captain with both teams. In 2008, he received the Oceanic’s “Player’s Distinction Award” as the best student-player on the team and was Rimouski’s candidate for the Marcel-Robert Trophy, awarded annually to the Scholastic Player of the Year, one of the most prestigious awards in the QMJHL.

Since retiring from professional hockey, Olivier earned his Law Degree from Laval University and is an active member of the Quebec Bar Association. He previously practiced law at Fasken in Quebec City, specializing in business law, as well as mergers and acquisitions.

Olivier’s experience and knowledge allows him to provide exceptional advice to our prospects and their families while also ensuring that the development of each of Momentum’s elite athletes is maximized. He lives in Quebec City with his fiancée Annie-Pier and their children Louis and Marguerite.