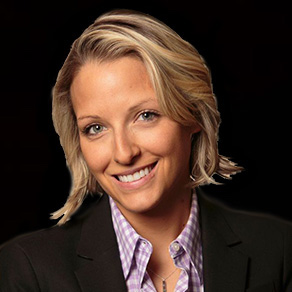 Emilie joined Momentum in 2014 and became the first female NHLPA Certified Agent in Canada in 2016. Since then, she had negotiated numerous NHL contracts and is the only female agent to represent the first overall pick in the NHL Entry Draft. Her duties include contract preparation, litigation, interpretation of the Collective Bargaining Agreement, negotiating endorsement deals, recruitment of potential clients, preparing insurance contracts and player development. She regularly deals with personnel from NHL, AHL, Junior, and various other minor leagues. Emilie has always aspired to work in the hockey industry, and her relentless work ethic, as well as her time and people management skills, has made her in invaluable addition to the Momentum Team.

Emilie played four years of NCAA Division 1 hockey at Niagara University, where she graduated with a bachelor’s degree in finance in 2009. Her discipline was evident, as she won a National Scholar Athlete award for her success both on the ice and in the classroom. Following her studies at Niagara, she earned a law degree from l’Université de Montréal in 2012 and is a member of the Quebec Bar Association. Emilie resides in Montreal, Quebec.