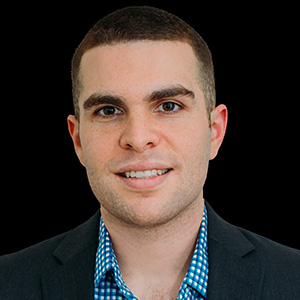 In his role as Player Advisor / Eastern Canada, Dan oversees Momentum’s operations in Atlantic Canada and Ontario and is also actively involved in scouting and recruitment in Quebec. Since joining the agency in 2014, he has assisted in the preparation for all contract negotiations and also oversees special projects, as well as Momentum’s digital media platforms. His desire to work as an agent goes all the way back to his teenage years, where he began studying the NHL’s Collective Bargaining Agreement and prominent agents in hockey and other sports.

Dan joined Momentum Hockey with several years of experience in investment management, business development, corporate communications and investor relations with multinational corporations. His tireless work ethic and versatility have augmented the firm’s ingenuity to maximize the value proposition for all of Momentum’s athletes.

Dan obtained his bachelor’s degree with a major in finance from Concordia University’s John Molson School of Business (JMSB). He was highly involved during his studies, representing JMSB at provincial, national and international case competitions while serving as President of JMSB’s student society. Dan resides in Montreal, Quebec.